‘Tis the season for sniffles, coughs and fevers. A wonderful time of year where it rains nonstop, you’re chilled to your bones and the change of season is sure to set off a cornucopia of colds. This is the reason why Cannalife Botanicals’ Wellness Bath Soak & Scrub was created one particularly tough winter. It was inspired by Thieves Oil, a medicinal blend rich in history and potency, for curing and preventing sickness. 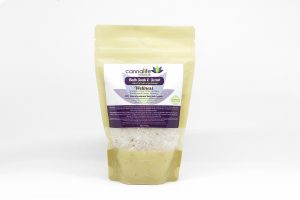 What is Thieves Oil? It’s a long-used combination of essential oils of: 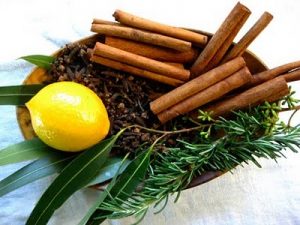 Thieves Oil is known to:

Combine that with our Bath Soak ingredients of Epsom, Dead Sea and Pink Himalayan salts which relax sore muscles, relieve tension, hydrate the body and pull toxins from the skin (your biggest organ), and you’re on the fast track to healing. Don’t forget our no-so-secret ingredient, Cannabis-infused MCT Oil which can relax and soothe the body, ease inflammation, stimulate cellular regeneration and is also known to be antimicrobial.

Can improve your blood circulation, thereby reducing pain by allowing more blood to flow to the affected area. Due to its antibacterial, anti-inflammatory, and analgesic properties and its ability to boost the immune system, Clove oil is an excellent tool for treating and preventing cold and flu symptoms.

Has incredible antibacterial properties including the ability to combat hard-to-treat bacterial organisms. Breathing it’s scent may relieve a sore throat as well as the aromatherapy benefits of aiding stress and ldepression. It’s antifungal properties can also battle skin issues like candida.

Used to relieve coughs and clear your chest. Inhaling the vapours can loosen mucus and allow you to expel the unwanted phlegm. It’s also known to lessen sinusitis and even asthma as the oil reacts with our mucous membranes. Bonus point of bathing in it? Research has found that Eucalyptus can also relieve joint pain.

Can stimulate your mind and help you fight and focus through the fog of sickness. Known to help your immune system in order to fight respiratory infections and other illnesses. Rosemary can thin mucous and help break up sinus, lung and circulatory congestion.

Has the ability to kill germs helping to fight and prevent colds plus amp up your immunity. Known to reduce anxiety and depression due to it’s citrus and aromatic smell. 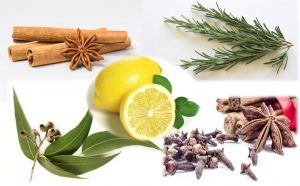 Imagine what the combo of these oils can do for you!

Where does Thieves Oil originate? We’d love to throw down a little history as it honestly blew our damn minds when we first read about it:

Thieves Oil’s history dates back to 1413 in France, around the time of the Bubonic Plague aka Black Death aka NO THANKS. The Plague spread viciously and it was nearly impossible to be around it with contracting the disease, which ultimately meant death for most victims.
During this time, four thieves were captured and charged for stealing from the sick and dying. The thieves never contracted the plague, despite being in close contact with the Black Death victims. Their crimes were punishable by burning alive but the judge was so intrigued as to how they stayed immune to the rampant disease that he offered to spare them their punishment in exchange for their secret.
In order to not be burnt at the stake the thieves told the judge that they were perfume & spice merchants who were unemployed due to the devastation of the plague and subsequent closing of the sea ports. They’d prepared an essential oil recipe that kept them safe from contracting disease when applied to their hands, ears, temples, feet & dropped into a mask which they wore over their mouths.

This admission saved them from burning but they did not escape fate, in exchange for their secret they hanged for their crimes. Now this is where it gets creepy (and so close to Halloween). After the recipe was revealed, doctors who treated Black Death victims put the oil blend on their bodies as the thieves did and wore beak-like masks stuffed with cloths soaked in the concoction. Ever wonder where Doctors got the name “Quacks”? Thanks to this incredible scary visual! 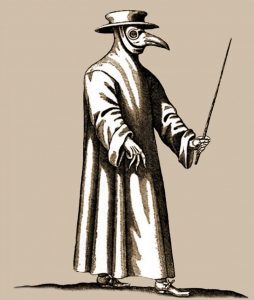 Well, thanks for the nightmares but also thank you for the incredible healing and powerful oil blend we now use in our Wellness Bath Soaks! History is cool. And creepy.